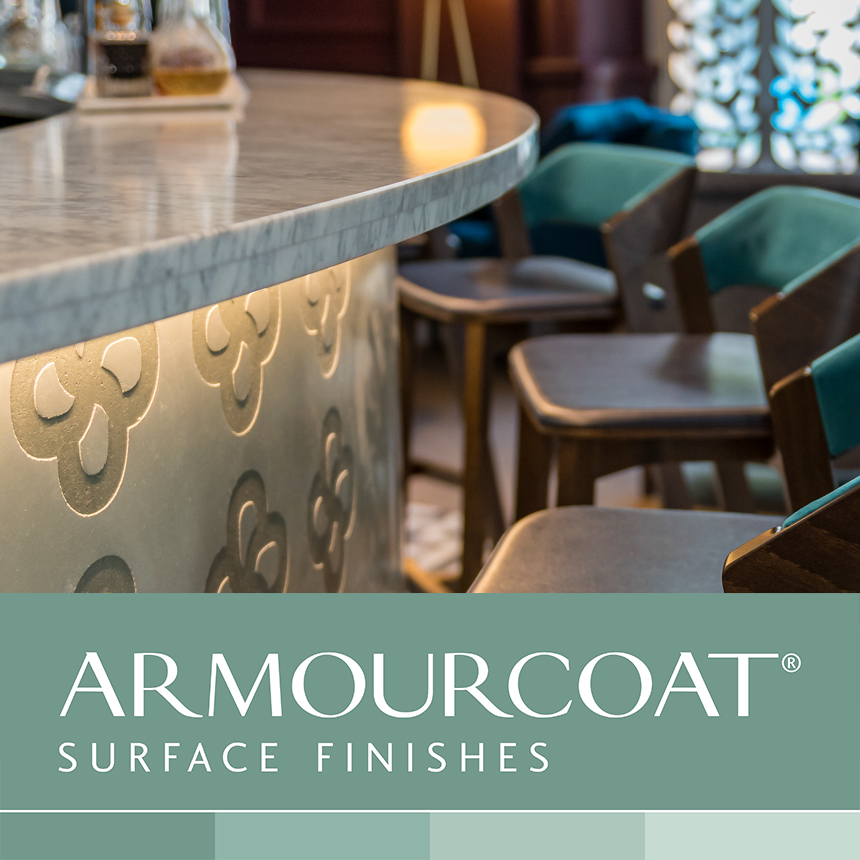 Award winning south London music artist Loyle Carner, in partnership with Timberland’s Nature Needs Heroes campaign, has brought the Croydon community together once again. The final phase of the urban greening project at the new community square, opposite the train station in Thornton Heath has been completed and handed back to Croydon’s residents.

Re-greening a disused area not far from where he grew up, Loyle has collaborated with Timberland to lead the regeneration alongside London National Park City in a movement to make the capital greener, healthier and wilder. Creating a greener city-scape for London, the new community square will act as a space for locals to access calm and peace and a place to be proud of, while also raising awareness about environmental issues. 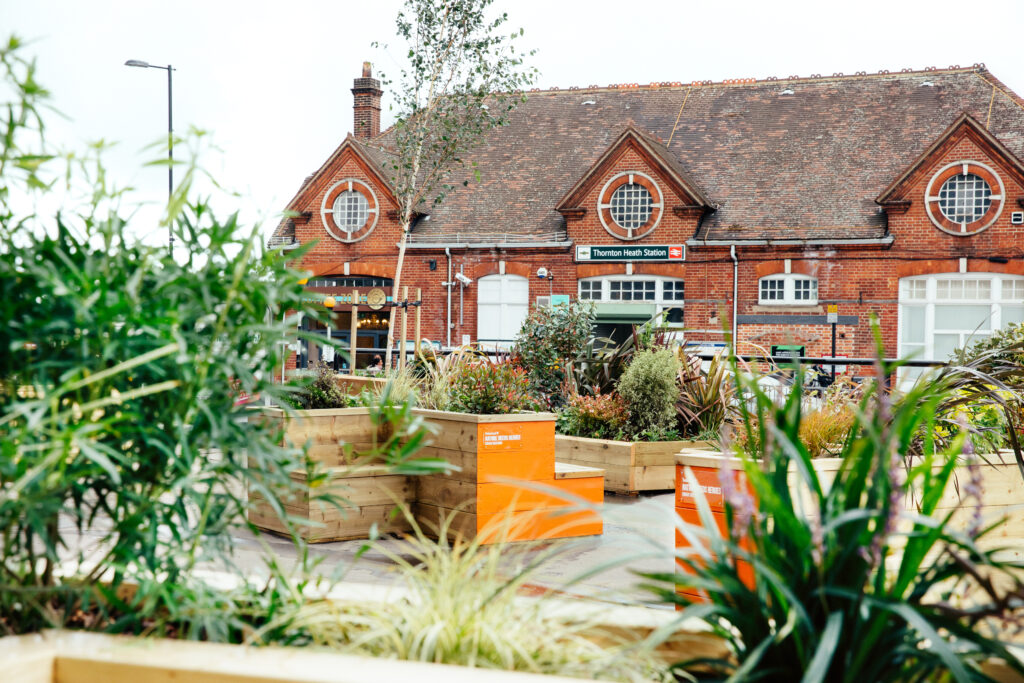 The local community took a leading role in bringing it together, adding their own finishing touches to the space to make it alive and welcoming. Members of the community were given a time slot, to comply with social distancing guidelines, and invited down to plant something beautiful, making their own contribution to the future of their community. Allowing the people of Thornton Heath to have an active role in this project was pivotal to creating a space they will actually use, a place which is inspiring and encourages creativity.

“Feels good to be home. I was lucky to grow up around green space, but in my area that’s not how it is for everyone. So I took a small but vital step in the right direction to bring more green space to the Croydon community. I’m still moved that Timberland would support such a grassroot initiative, and help us link up with London National Park City” says Loyle Carner. 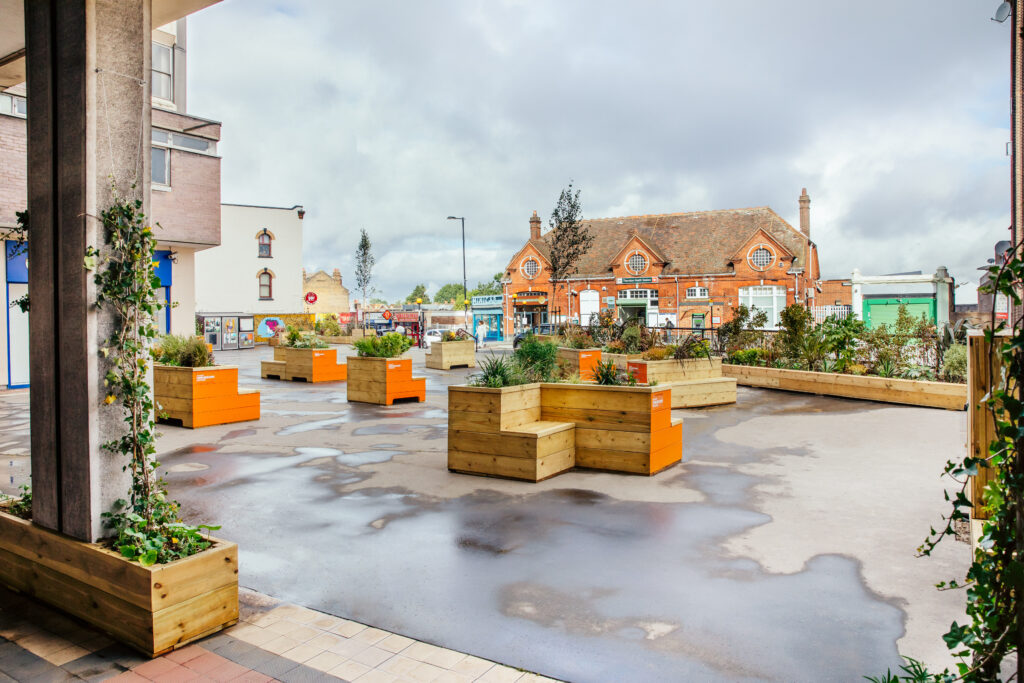 The project kicked off last October when Loyle Carner teamed up with Timberland and LNPC to promote positive change for local communities and the environment on his home turf of Croydon, a notorious concrete jungle. The first phase of the urban greening development at Thornton Heath was also marked with an open community event involving locals to provide feedback and input into the project. Croydon Council were instrumental in the project, helping to identify the Ambassador House forecourt as a space to urban green and actively engaging with the community for their valuable input.

With the help of Timberland, LNPC, and support from Croydon Council, Loyle brings to life the area of Thornton Heath as part of Timberland’s biggest campaign to date – Nature Needs Heroes. From pledging to plant 50M trees by 2025 to intending to create a net positive impact on the environment by 2030, Timberland believes a greener future is a better future. 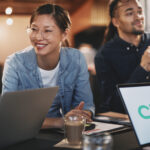 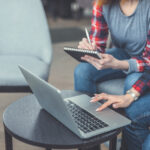 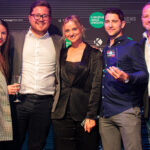 Designed in parity to the booming café culture in the city, Anand Sweets in Whitefield, Bangalore, is a boutique store and restaurant that provides...
Read more
Bar

Scarlet Lady is ready for her guests to arrive and will soon set sail in the Caribbean. Three additional ships will follow the same...
Read more
Bar

Dishoom Covent Garden, the team’s very first restaurant, opened in July 2010, and was their first attempt to capture the wistful poetry of the...
Read more
Bar

Now open in London, Pantechnicon is a celebration of contemporary creativity and craftmanship that explores Japanese and Nordic cultures through food, drink, retail and design. The new shopping...
Read more

Dubai has a rich cultural heritage, however, when we think of Dubai we often think of its mix of beaches, fast cars, stunning architecture...
Read more
Features

As I write this, the world continues to largely hold its breath. While small steps toward a revised sense of normality progress, the uncertainty...
Read more

Scarlet Lady is ready for her guests to arrive and will soon set sail in the Caribbean. Three additional ships will follow the same...
Read more
Coffee Shop

Phoenix Wharf, the Bristol-based interior design and branding agency specialising in hospitality and retail, has announced the completion of a new scheme for innovative...
Read more
Bar

The Las Vegas Raiders have partnered with sensory furniture-design specialist Nook to provide innovative support for any fan that needs a quiet space to...
Read more
Insight

Decorative specialists Armourcoat have provided the finishing touches to The Soak, a new bar and restaurant next to London’s Victoria Station with an all-day menu that...
Read more
Insight

To be updated with all the latest news, offers and special announcements.